Stars To Get Lucky For Lupus LA At Celebrity Charity Event 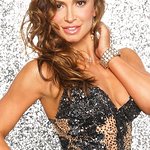 On Thursday, September 22, Hollywood’s hottest will be taking over the rooftop of the Petersen Automotive Museum to “Get Lucky for Lupus LA!”

Young Hollywood celebrities, athletes, musicians and VIPs will ante up to support Lupus LA at the poker tournament. Guests will enjoy an evening of mixing, mingling and poker playing while overlooking the fabulous Hollywood Hills.

The “Get Lucky for Lupus LA!” celebrity poker tournament and party will also include a silent auction with unique and priceless memorabilia from stars of sports, music, TV and film, a customized photo booth, celebrity deejay and MC, hors d’oeuvres and cocktails, music and fun.

The event starts at 7pm, with tickets priced at $100 to party and $250 to play. For more information, click here.