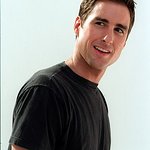 Each year since 1970, the Memorial Foundation hosts the Los Angeles Police-Celebrity Golf Tournament. During the tournament, corporate sponsors are paired with celebrities and officers for a fun filled day of golf, great food, awards and camaraderie in a festive open house atmosphere that includes thirty Department displays and is attended by 5,000-8,000 spectators. Each year, over thirty celebrities from the sports, television and movie industry participate in the Los Angeles Police-Celebrity Golf Tournament.

All proceeds benefit the LAPD Memorial Foundation, which financially assists LAPD family members experiencing catastrophic circumstances resulting from injury or death. Since it’s inception in 1972, the Foundation has granted more than $11.8 million for medical, funeral and educational expenses.

MPTF is proud to announce the “Lights, Camera, Take Action!” telethon, airing live in primetime on Los Angeles’ KTLA 5 on Saturday, December 10, 2022 from 7:00 PM to 9:00 PM local time and also available across the country via KTLA.com and MPTF.com. More →
More news →