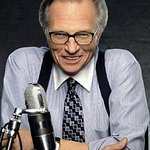 Bidding is open through July 7 at www.charitybuzz.com/gulf.

The auction will continue fundraising efforts after the star-studded telethon ends, with new auction lots from top celebrities added daily. Proceeds will join funds raised through the telethon to benefit United Way, The National Wildlife Federation and The Nature Conservancy, organizations working directly with the families, individuals and Wildlife affected by the Gulf oil spill.

“The oil spill in the Gulf is a tragedy devastating our waters, our coastlines, and the thousands of people who rely on them to survive,” said Coppy Holzman, CEO and co-founder of charitybuzz. “When we received a call from Larry King to help with his latest humanitarian telethon, we were thrilled. We were incredibly proud to have been involved with Mr. King for his successful Heal Haiti telethon, which raised millions for relief for our neighbors in the Caribbean, and we expect equally impressive results from this timely effort.”

Millions of barrels of oil have poured into the Gulf of Mexico since the deadly April 20th oil rig explosion. Some estimates pinpoint the flow of oil at 70,000 barrels a day, with no end in sight. The nonprofit organizations Larry King has handpicked to support will make a significant difference in the recovery effort in the Gulf.

“Disaster in the Gulf” auction highlights include:

For more information on “Disaster in the Gulf: Support Our Waters with Charitybuzz,” visit www.charitybuzz.com/gulf.

More information on the nonprofit organizations involved in this initiative:

Helping Communities with UNITED WAY
United Way is offering help to the families along the Gulf that are facing financial, educational and health-related challenges as a result from the economic disruption from this Oil Spill. The United Way Gulf Recovery fund will provide emergency assistance, such as help with food, rent and utilities, and support long-term recovery efforts to rebuild these lives and these communities.

Saving Wildlife with THE NATIONAL WILDLIFE FEDERATION
The National Wildlife Federation Gulf Oil Spill Restoration Fund supports efforts to find and save oiled wildlife, and help recover their delicate ecosystems that make up their nesting and breeding grounds.

Restoring the Gulf with THE NATURE CONSERVANCY
In response to the Gulf Coast oil spill, The Nature Conservancy has launched their Fund for Gulf Coast Restoration, expanding their efforts for long term recovery for the Gulf of Mexico and habitats along the coast, including salt marshes, oyster reefs, marshlands, beaches and estuaries. 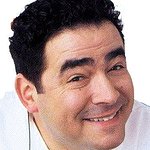 The Emeril Lagasse Foundation celebrated its 19th annual fundraising weekend on November 5th and 6th in New Orleans, raising a Foundation record $3.75 million to support its mission to create opportunities to inspire, mentor, and enable youth to reach their full potential through culinary, nutrition, and arts education, with a focus on life skills development. More →