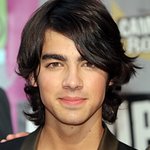 The recent spotlight on South Africa has had everyone’s support and attention, including musician Joe Jonas, who returned from his trek to Maun in Botswana enlightened.

Visiting schools and orphanages, Joe Jonas also rubbed elbows with royalty and brought back a new-found appreciation for Africa and his hometown.

“Their schools do not have the room to take care of this many people. Some of the classes had hundreds of kids in rooms smaller than most living rooms in the US,” Jonas said in his letter-tweet.

Jonas gave a motivational speech to the youth of Botswana and used his musical talents to put on a concert for 1,000 kids. The experience was as inspiring to him as it was for the young people of the area.

“One of the most powerful things to see is the joy the people had with so little material things in their lives. They were happy. Some without homes or bathrooms were still happy and wonderful to be with. It makes you think about your own life and the things you have. These people might not have a bed to sleep on but are still happy with their lives,” Jonas said.

Joe Jonas’ generosity and encouragement did not stop there. Planning out a day of pure and genuine fun, he played soccer with children from the Love Botswana school. Prince William even joined in on the fun, as both contributed to educating the children about the Coaching For Conversation project, which values self-respect, optimism, and environmental awareness.

“For the future, I plan on going back to Africa, as well as other nations, to help out in any way I can. I feel like hands-on work is where I feel most satisfied,” Joe Jonas said. “I look forward to going to different places – not only Africa where I have new friends – but all around the world. It is my goal to spend 50% of my time and life doing what I can to help others.”