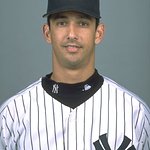 The Jorge Posada Foundation, a non-profit organization established by the New York Yankees’ All-Star Catcher Jorge Posada and his wife Laura, announces the launch of its Celebrity Basebowl Tournament Auction, in partnership with leading online charity auction site charitybuzz, to raise funds for children and families affected by Craniosynostosis, a dangerous congenital defect that affects the skull.

Jorge and Laura’s son Jorge Luis was diagnosed with Craniosynostosis when he was just ten days old. He underwent eight major surgeries to successfully correct the condition. Today, Jorge Luis is about to celebrate his 11th birthday and his future is bright. Jorge and Laura founded The Jorge Posada Foundation to provide financial assistance to the many families affected by Craniosynostosis who are not able to afford the critical surgeries alone, as well as provide them with emotional support through a family support network.

“Laura and I are deeply grateful for the kind generosity of our sponsors, who help us expand our services and outreach, as well as work with highly reputable and renowned medical centers around the country and the world,” said Jorge Posada.

Laura Posada added, “Through the Celebrity Basebowl Tournament, our largest fund-raiser of the year, we hope to continue broadening our sphere of care. We have been able to offer assistance internationally in Puerto Rico, Mexico City, and South America, and we now seek to lend a helping hand to children and families in Europe.”

Highlights of The Jorge Posada Foundation Auction include:

The online auction is being held in conjunction with a Celebrity Basebowl Tournament charity event benefitting the organization at Chelsea Piers in New York City on November 7th. Online bidding is open to the worldwide community at www.charitybuzz.com/JPF9 through November 17th. To learn more about The Jorge Posada Foundation, visit www.jorgeposadafoundation.org.