Celebrities Stand Up Against Bullying 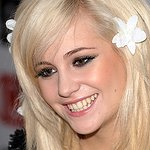 Bullying. It’s just a part of life, right? Whatever your size, shape or sexuality, chances are you’ve been bullied, or you will be, at some point in your life. Bullying has just been accepted as a rite of passage, until now. Recently, more and more celebrities have been backing anti-bullying campaigns and lending their voices to an important cause.

Bullying can take many forms, but no one form is any less damaging than another. Regardless of the method, it knocks your self-esteem and sends your confidence plummeting. More recently, there has been a spate of children, teenagers and young adults who have felt so low and lost that they have taken their own lives. These deaths have all been caused by bullying, in forms ranging from playground name-calling to cyber-bullying.

Recognizing that this has to stop, action is being taken across the globe. November’s Anti-Bullying Week saw celebrities including Pixie Lott, Justin Bieber, Alesha Dixon and Twiggy take part in various anti-bullying campaigns including “The Big March”, and a six-week long BBC campaign. Jim Carrey has also spoken out after his role in a recent film, which features a convict who finds his same-sex soulmate in jail. Appalled by the growing trend of bullying gay teenagers, he has declared bullying “an old and antiquated way of thinking” that has no place in modern society, and has added his weight to anti-bullying campaigns worldwide by saying that “anyone who bullies anybody for any reason is no friend of [his]”.

Queen Latifah has taken a different stance in the debate, urging parents to take some responsibility. Insisting that “we’ve gotta fight for our kids”, she says parents should look for signs that their child is unhappy, and confront the parents of the other child or children to try and find a solution. Latifah, like most other people, was bullied at school for being different. Fortunately, she later realized that being different wasn’t necessarily a bad thing.

Daniel Radcliffe, star of the Harry Potter films, has recently stated that “we have a responsibility to be better to each other”, something with which many other celebrities agree. Justin Bieber says that there’s “nothing cool about being a bully”. Let’s just hope that everyone else agrees!