Visit The Set Of Ben Stiller's Tower Heist For Charity 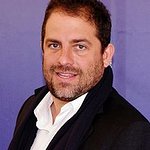 Brett Ratner’s “Tower Heist” is one of the most anticipated and promising blockbusters of 2011 and you can be among the first to get a look when you and a lucky guest visit the NYC set where Tower Heist is shooting! Not local? No worries…JetBlue will fly you both into the Big Apple!

Get a behind-the-scenes look at this Hollywood Blockbuster when you watch filming and meet Director Brett Ratner, as well as the amazing cast which includes the likes of Ben Stiller, Eddie Murphy, Alan Alda, Tea Leoni, Gabourey Sidibe, Casey Affleck and Matthew Broderick.

“Heist” is about an overworked manager (Stiller) of an illustrious tower residence who leads a team of defrauded workers in a heist of its penthouse tenant, a Bernie Madoff-type Wall Street capitalist (Alda) who pulled a Ponzi scheme and swindled the staff. Affleck will play Stiller’s friend who also works under him in the penthouse but is a straight arrow and wants to turn Stiller and the other co-conspirators in. Broderick will play a Wall Street-type who is actually one of the good guys; he lost his job and joins Stiller’s gang.

The auction runs until December 20, and can be accessed here.