Celebrities To Trade For Charity In April 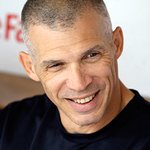 BTIG LLC, an institutional broker dealer specializing in trading and related brokerage services, has announced that it will hold its star-studded 2011 Commissions for Charity day on Wednesday, April 27.

The annual celebrity-filled event has raised more than $15 million from equity and derivative trading commission profits over the last eight years for children’s charities including The Michael J. Fox Foundation for Parkinson’s Research, St. Jude Children's Research Hospital, Jacob’s Cure and Catch 25. This year’s trading day will be attended by Joe Girardi, Nick Swisher, Reggie Jackson, John McEnroe and Sean Avery, among others.

“With the help of our celebrity guest traders and the support of our clients, who significantly increase their trading volumes on Charity Day, we have been able to make a real difference to the charities that we support,” said Steven Starker, co-founder of BTIG. “For the first time this year, we will also be rolling out our Commissions for Charity Day beyond the U.S. to our international offices in Hong Kong, Singapore, Sydney and London.”

“Every year our Charity Day sets new records. We hope this year we are able to donate more than the unprecedented $4 million that was raised last year so that we can continue to make a difference on an international level and in our own local communities,” said Scott Kovalik, co-founder of BTIG.