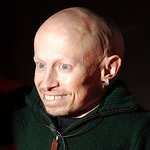 For the second year in a row, amfAR joined forces with PokerStars to host a special charity poker tournament to help raise funds for AIDS research.

“Tonight is a really big deal,” said amFar chairman Kenneth Cole. “Everyone gets to do what they enjoy doing and at the same time, will be part of something very important…we are flattered PokerStars has got involved for a second year. Five thousand people died every day from AIDS but it doesn’t need to be like that.”

PokerStars has pledged to match any donations players make to amfAR during the PCA.