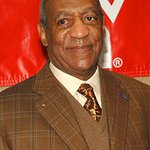 Hosted by legendary entertainer Bill Cosby for nearly three decades, the iconic event pays tribute to individuals who embody the humanitarian ideals of Jackie Robinson and raises funds for the Jackie Robinson Foundation.

Ingrid Saunders Jones, Senior Vice President, Global Community Connections, The Coca-Cola Company and Chair of the Coca-Cola Foundation will be honored for her extensive work with a wide variety of charities and community initiatives that have left an indelible imprint for positive social change both in the United States and abroad.

Sean “Diddy” Combs, Founder and Chief Executive Officer, Bad Boy Entertainment Group, will be saluted for his innovation in music and fashion, as well as his charitable and philanthropic contributions throughout his storied career.

Joe Perella, Founding Partner, Chairman and CEO of Perella Weinberg Partners, will be honored for his unique contributions to the financial community. In addition, his steadfast commitments to higher education, cancer research, art and culture exemplify the values exhibited by Jackie and Rachel Robinson.

“This year’s honorees, pioneers in their own right,” observed Jackie Robinson Foundation President and Chief Executive Office Della Britton Baeza, “represent the spirit and unwavering values of the Foundation and its commitment to prepare our young leaders.”

Established in 1973, the Jackie Robinson Foundation (JRF) is the nation’s premier education and leadership development program. Transcending financial assistance, the Foundation equips its scholarship recipients with a comprehensive set of support services including mentoring, career guidance and practical life skills, resulting in a nearly 100% graduation rate, more than twice the national average for minority students. The over 1,400 JRF alumni are both leaders in their professional fields and consummate ambassadors of Jackie Robinson’s legacy of community service.