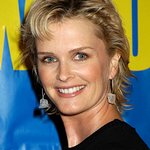 Bax and Wilding both hope that this will at least keep the children’s toes warm during the oncoming winter months, in spite of all that has happened. Ms Wilding stated that “it is a kind and generous donation for which we are thankful.”

Several children have been identified on a most needed basis and will receive the free pairs of The Original NZ Boots in the coming weeks. The Orignal NZ Boots are made in Christchurch and manufactured by Canterbury Leather. Ms Bax set up the Original NZ Boot Company in the USA in 2010.

Ms Wilding was born and raised in Christchurch and has been deeply affected by the quake. She feels deeply the impact on everyone in Christchurch, including family and friends.

The charity has started administering their first funds and are working in with The Salvation Army in some instances. Recipients of the international designer boots will be contacted. The boots will be available for pick up in Christchurch over the coming chilly months as people heal, regain their balance and find a way to move on.