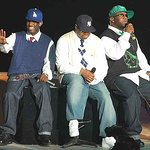 The American Cancer Society, the official sponsor of birthdays, has announced that R&B group Boyz II Men is joining the movement for more birthdays during Minority Health Month by singing their own special rendition of “Happy Birthday.”

The group adds their voices to the support shown by some of the most notable African American and Hispanic American names in entertainment to bring attention to the alarming facts around cancer in racial and ethnic minority communities and what the American Cancer Society is doing to save lives.

“We’ve all been touched by cancer through family members, friends and our fans,” said Nathan Morris of the four-time Grammy-winning act. “When we learned that cancer continues to take a greater toll on the black community than on other ethnic groups, we felt compelled to lend our voices to the American Cancer Society to help the organization in its fight to create a world with less cancer and more birthdays.”

Recent data indicates that cancer impacts minority groups differently than the white population. According to the American Cancer Society’s Cancer Facts & Figures for African Americans report, progress is being made, but action is still needed to change the numbers and save lives. While the overall death rate for cancer continues to drop among African Americans, the group continues to have higher death rates and shorter survival than any racial and ethnic group in the U.S. for most cancers. According to Cancer Facts & Figures for Hispanics/Latinos, Hispanics have lower incidence rates for most common types of cancer compared to whites, but have higher rates of cancers associated with infection, such as uterine cervix and stomach. Incidence rates of liver cancer are almost twice as high among Hispanic men and women as in whites.

“Minority Health Month is an important time for us to raise awareness about the impact of cancer in minority communities and to encourage individuals to take action, such as maintaining a healthy weight through diet and exercise, and getting recommended early detection tests, that will help reduce the risk of cancer,” said Otis W. Brawley, M.D. chief medical officer, American Cancer Society. “It’s an honor to have Boyz II Men join the other entertainers who are a part of our movement for more birthdays.”

Since September 2010, dozens of the world’s leading entertainers have been inspired to donate their talent and voices to support the movement for more birthdays. To date, African American and Hispanic entertainers who have performed their own “Happy Birthday” song include Ricky Martin, Rihanna, Usher, Sean Kingston, Darius Rucker, Jordin Sparks, Aaron Neville and Gloria Gaynor as well as the Preservation Hall Jazz Band, Fitz & The Tantrums, Fishbone and actor Craig Robinson. Their custom “Happy Birthday” videos are available for viewing in the More Birthdays Minority Health Month gallery at morebirthdays.com/minorityhealthmonth. When visiting morebirthdays.com, the public can help spread the message by sending personalized e-cards or phone calls featuring the celebrities to their friends and loved ones. 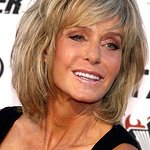