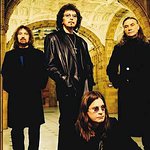 Some of Heavy Metal’s greatest headbangers have joined together to form a massive supergroup for charity.

According to Gillan.com, the band “has recorded two brand new songs with the intent to support the rebuilding of a music school in Gyumri, Armenia. Both Gillan and Iommi have spent a lot of time in Armenia, fallen in love with the country and the people and have dedicated a lot of work to a nation still shocked after the earthquake that struck Armenia on December 7, 1988 at 11:41am.”

This will be the second time Gillan and Iommi have banded together for Armenia – in 1989 they took part in a celebrity charity recording of the Deep Purple classic, Smoke on the Water, to raise funds following the earthquake. The song featured musicians such as Bryan Adams, David Gilmour, Brian May, Paul Rogers and many others. The pair returned to the country in October, 2010, to view how the country was coping over 20 years later.

“Some twenty years ago when the call came, I thought, well at least I’ve helped, but it was going to Armenia and seeing the actual devastation caused by the earthquake that really made me realise that funds were still needed,” said Iommi. “Despite all the money that was raised last time, here was a music school doing their best, forgotten, in basic tin sheds. After the warmth and honour bestowed upon us during our visit, we just had to help make a difference and get the school re-built. And what better way than to hook up with some of rock’s greatest players and my old mate Ian, both an honour and a pleasure.”

The two new songs – Out of My Mind and Holy Water – will be released on May 6.