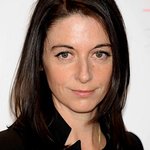 Mary McCartney – daughter of Sir Paul – and Dame Judi Dench are the latest stars to sign the Cruelty-Free 2013 petition calling on European Union politicians to honour their pledge to ban the sale of animal-tested cosmetics.

The petition by Humane Society International/Europe has also been signed by Leona Lewis, Ricky Gervais and ‘Sporty Spice’ Melanie C, as well as nearly 50,000 compassionate consumers.

“Subjecting animals to pain and suffering just so that we can produce a new shade of lipstick or eye-shadow is simply cruel and unnecessary in this day and age,” said Mary McCartney. “EU politicians promised to ban the sale of cruelly-tested cosmetics by 2013 and I sincerely believe they should honour that ethical pledge.”

Animal testing for cosmetics is banned in the UK and EU, but products and ingredients tested on animals in countries such as Brazil, China, Canada and the United States can still be sold in EU shops.

“Using animals to test cosmetics is cruel and should be stopped,” said Dame Judi. “These days there are other means of testing which do not involve animal suffering. I totally support a sales ban and urge EU politicians to keep their promise to help stop this practice by 2013.”

A European Union-wide ban on the sale of animal-tested cosmetics is due to come into force in March 2013, and could be a major step toward a global end to cosmetics animal testing. However, in the face of the 2013 deadline, and an imminent requirement on the European Commission to propose legislation to either retain or delay the sales ban, the lives of thousands of rabbits, guinea pigs and other animals hang in the balance.