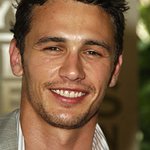 The American Foundation for AIDS Research (amfAR) will pay tribute to actor James Franco and designer Michael Kors at its second annual Inspiration Gala New York on June 14th at the Museum of Modern Art.

Franco will receive the Piaget Award of Inspiration for his humanitarian work and contributions to men’s style, while Kors will receive the amfAR Award of Courage for his stellar leadership in the fight against AIDS. Performances will include Liza Minnelli and Jennifer Hudson.

Larry Boland, President of Piaget North America, stated “We are thrilled to continue our partnership with amfAR, and we are especially proud to honor James Franco, one of Hollywood’s most inspiring actors, with the Piaget Award of Inspiration for his commitment to the fight against AIDS.”

The theme for the evening, which is a benefit for amfAR, will be Black Tie/Hot Metal and will be celebrated in a fashion show featuring all aspects of men’s style. Alexander McQueen, Alexander Wang, Atelier, Bottega Veneta, Calvin Klein Collection, DSquared2, Yves Saint Laurent, Piaget, Michael Kors, Jean-Paul Gaultier, Elie Tahari, Marc Jacobs, Giorgio Armani, Thom Browne, Vivienne Westwood, Hugo Boss and Kenneth Cole are among the designers who have donated looks for the runway show, which will be presented by Wilhelmina Models. In addition to a fashion show, the evening, produced by Josh Wood Productions, will include specially crafted Grey Goose cocktails, dinner and a live auction.