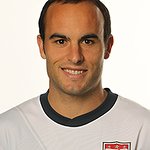 The 2011 edition of the critically acclaimed SportsCenter’s “My Wish” series, conducted in collaboration with the Make-A-Wish Foundation , will return Sunday, July 17, during the 10 a.m. ET edition aired on ESPN2. The series will continue Monday-Wednesday on ESPN with a new wish each day presented during the 6 p.m. SportsCenter.

The summer series, which has now granted 35 wishes, shows dreams coming true in the lives of children with life-threatening medical conditions. Each segment will give viewers an in-depth and often emotional review, starting with how the wish is revealed to how the child interacts with his/her favorite athlete.

“The My Wish series shows viewers the joyful, self-empowering impact that a wish has on each of these kids,” said David Williams, Make-A-Wish Foundation of America president and chief executive officer. “The bond that grows between the kids and their favorite athletes before our eyes is priceless. We appreciate the support and dedication that ESPN puts into each story, presenting our mission in a captivating way no one else can.”

*Brendan Galanaugh — Going One-on-One against Landon Donovan. Age: 7; Hometown: Lakewood, Colo.; Condition: acute myelocytic leukemia.  Wish: To meet Landon Donovan of the Los Angeles Galaxy and U.S. Men’s National Team. Brendan was presented with his own locker between Landon Donovan and David Beckham, which included a personalized No. 10 Galaxy uniform inside. Donovan led Brendan to the practice field, where the newest Galaxy player stretched and passed the ball around with teammates. After practice, Brendan and Donovan took turns trying to score goals on each other.
Brendan returned for a Galaxy game two days later, where he walked out with Donovan for the pregame ceremonies, coin toss and a pre-match photo with the team’s starting lineup.

*Michael Acosta — Managing the Minnesota Twins with Ron Gardenhire.  Age: 18; Hometown: Fort Worth, Texas; Condition: testicular cancer.  Wish: To manage the Minnesota Twins for a day.
Twins’ manager Gardenhire met Michael in his office, and they discussed strategy for making out the lineup for that evening’s game against the Texas Rangers. Michael and Gardenhire shagged baseballs in the outfield during batting practice and he meet several players.The pair answered questions from the media in the Twins’ dugout before the game.
Michael tossed the ceremonial first pitch and then delivered the Twins’ lineup card to the umpiring crew at home plate with first base coach Jerry White.

*Adam Hubbs — A Heartfelt Day with Tim Tebow. Age: 16; Hometown: Millstadt, Ill.; Condition: life-threatening immunodeficiency disorder.  Wish: To meet Denver Broncos quarterback Tim Tebow.
Tebow surprises Adam and his family by riding up on a surrey bike and picking up Adam for a spin around Disney’s BoardWalk at Walt Disney World Resort.
The pair competed in several boardwalk and arcade games before Tebow presented Adam with an autographed Broncos jersey, game-worn cleats and a football from his first NFL win.
After lunch, Tebow threw passes to Adam’s cousin and father before Adam decided to toss some passes to the Heisman Trophy winner.

*Kendall Curnuck — Riding the Waves with Bethany Hamilton. Age: 8; Hometown: Rockville Center, N.Y.; Condition: acute lymphatic leukemia.  Wish: To go surfing with Bethany Hamilton.
Kendall met Bethany on Waikiki Beach in Oahu, Hawaii, where they spent time getting to know each other. They rode together on a fire truck in Honolulu’s 4th of July parade. Kendall was also a special guest at the Soul Surfer movie screening. Two days later, on the island of Kauai, Kendall went surfing with Bethany where she stood up and rode to shore on her very first wave.

Watch a preview of the shows here.