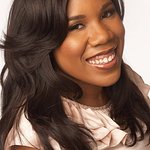 Following a day of meetings with Members of Congress, the Idols performed at an evening reception hosted by Malaria No More and Martha MacCallum, co-host of Fox News Channel’s America’s Newsroom.

Since 2006, American Idol has featured malaria consistently as part of the Idol Gives Back charity specials, which have helped to educate more than 60 million Americans about the malaria issue and raised millions of dollars for the life-saving work of Malaria No More.

“I first learned about malaria and Malaria No More during the ‘Idol Gives Back’ show and was stunned by the simple fact that, at the time, a child died every 30 seconds from malaria, a completely preventable and treatable disease,” said Melinda Doolittle, America Idol, sixth season finalist. “Now, five years later, a child dies of malaria every minute. And while that stat remains terribly heartbreaking, it means we’re making progress and getting closer to a world where no child dies from malaria.”

“We are so grateful that these three talented artists were inspired to lend their voices and fan support to help us end malaria,” said David Bowen, CEO of Malaria No More. “American Idol has been a great platform for celebrating U.S. leadership in the malaria fight.”

According to the 2011 World Health Organization’s World Malaria Report, great strides have been made in the malaria fight. Malaria has fallen by more than 25% globally since 2000 — and by more than 5% in the last year alone. The decline is even sharper — 33% since 2000 — in Africa, where malaria hits hardest.

In addition to the partnership and the three Idol alumni efforts in D.C., Chris Daughtry and Katharine McPhee are putting their star power behind the cause. For Daughtry’s “Break The Spell 2012 Tour,” the band is donating $1 from every ticket sold to Malaria No More. Meanwhile, Katharine McPhee, star of NBC’s Smash, is gearing up for her first trip to Africa this month, where she’ll work alongside the organization to distribute mosquito nets and malaria treatment.