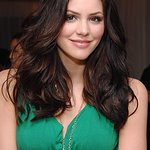 Katharine McPhee was runner-up in the fifth season of American Idol.

In 2006, she founded McPhee Outreach to team up with other foundations or organizations and help in any way possible.

The foundation teamed up with The Lollipop Theater Network to provide music outreach (called “Rhythm of Hope”) to sick children in Southern California hospitals.

McPhee is currently a member of the Entertainment Council of the US hunger-relief charity Feeding America.

McPhee appeared on The Biggest Loser in 2010 volunteering at a Los Angeles food bank and meeting with children at a Boys and Girls Club and talking about the importance of helping to fight hunger in America.

In the summer of 2010, McPhee partnered with Feeding America and ConAgra Foods Foundation to help launch the Hunger-Free Summer Initiative, which aimed to help children at risk of hunger during the summer months.

In 2011, McPhee became a spokesperson for Malaria No More and began plans for a 2012 trip to Africa to help raise awareness in efforts to bring an end to malaria by 2015 according to global health community promises.

Katharine McPhee has supported the following charities listed on this site:

Google trends for "Katharine McPhee"
Available to Insiders only
Get Insider Access to these insights & more...

You can contact Katharine McPhee using details from this service. (Or read our advice on how to contact celebrities)

Katharine McPhee has worked with the following companies listed on this site:

MPTF is proud to announce the “Lights, Camera, Take Action!” telethon, airing live in primetime on Los Angeles’ KTLA 5 on Saturday, December 10, 2022 from 7:00 PM to 9:00 PM local time and also available across the country via KTLA.com and MPTF.com. More →

We don't have any videos related to Katharine McPhee.