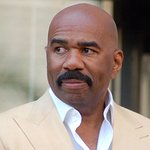 Honoring Debra Lee, Spike and Tonya Lee, Dr. Steve Perry, and Richard and Kyle Petty for their work as game changers impacting countless communities, The Steve and Marjorie Harvey Foundation’s Helping Hand Award honors those individuals who make a measurable difference in the lives of young men and women, raising the flag of social progress and serving as role models for today’s youth through their careers or philanthropic efforts. In the past two years, the Helping Hand Award honorees include Ford Motor Company’s Alan Mullaly, Tyler Perry, and Chris and Malaak Rock in 2011, and Harlem Children’s Zone’s Geoffrey Canada, State Farm’s Pamela El, and Denzel Washington in 2010. This year’s gala proceeds will benefit The Steve and Marjorie Harvey Foundation’s cornerstone programs for young men and women: The Steve Harvey Mentoring Weekend for Young Men and the Girls Who Rule the World Mentoring Weekend.

“It’s an honor to present Helping Hand Awards to Debra Lee, Spike and Tonya Lee, Dr. Steve Perry, and Richard and Kyle Petty this year,” say Steve and Marjorie Harvey. “Their dedicated work has not only been a game changer in their fields, but has also made a priceless impact in shaping the minds and dreams of youth for generations to come. Soledad O’Brien has also been a game changer in examining the stories and people that help shape this country, and together we look forward to hosting an inspiring, fun-filled evening!”

Proceeds from this year’s Steve & Marjorie Harvey Foundation Gala presented by Screen Gems will specifically support both The Steve Harvey Mentoring Weekend for Young Men and the Girls Who Rule the World Mentoring Weekend, programs that empower young men and women in realizing their dreams for the future. The Harveys created these dynamic programs with empowering, hands-on experiences that cannot be found in any classroom, to bring guidance to teenage men and women, who often face social or educational issues with unmet needs that greatly impact their futures. The mission of The Steve and Marjorie Harvey Foundation is to ensure that the needs of the whole child are met through the development of programs and support of community-based organizations that foster excellence in the areas of health, education, and social well-being within urban and ethnically diverse communities.

Hosting The Steve Harvey Mentoring Weekend for Young Men since 2009, each year Steve Harvey welcomes 100 teenage boys and their guardians from around the country to his ranch in Dallas every Father’s Day Weekend. Mentoring teenage boys who are without fathers, the program’s success has also continued expanding with Harvey leading regional satellite mentoring programs, hosting 100 boys in each city including New York, Atlanta, New Orleans and Los Angeles. Hosting the Girls Who Rule the World Mentoring Weekends in October, since 2010 Marjorie Harvey has hosted 100 teenage girls in Atlanta each year. This year’s Steve Harvey Mentoring Weekend for Young Men in Dallas over Father’s Day Weekend will take place June 14th-17th, with applications being accepted through April 6th.