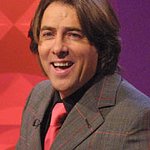 The Lowe Syndrome Trust, a UK-based, life-giving charity supported by Jonathan Ross, Penny Lancaster Stewart and many more, is setting out to raise funds to support research into Lowe syndrome by organizing a Celebrity Garden of Hope.

The small charity has funded over a million pounds of research which is paving the way to a cure of this dreadful children’s disease and wants the public to be involved in finding that cure.

The Trust funds research into the rare, incurable and debilitating childhood disease, Lowe Syndrome, and over the last decade, although small, it has been the world’s lifeline for research into a desperately needed cure. The syndrome affects the brain, eyes, kidneys, bones and muscles. The list of symptoms seem endless… all children are born with cataracts in their eyes leaving the child either blind or partially sighted and sadly some children never walk or talk dependent on the severity of the disease.

“It’s taken us ten years to raise the first million pounds,” says founder, chair and tireless campaigner Lorraine Thomas, “and we’re now seeing breakthroughs that could mean a cure. But the work needs more funds and I don’t want to wait another 10 years to find them. Instead, we’re going for 10 months!”

The Lowe Syndrome Trust’s plan is simple, inspired by the Million Dollar Homepage that was an internet phenomenon in 2005/6. “We’re creating the Lowe Garden of Hope” continues Lorraine, “and over the 10 months we’re asking people in the UK to donate just £5 each to be a part of this amazing event.”

Lorraine’s own son, Oscar, was diagnosed with Lowe Syndrome at the age of five and at the time he was not expected to live long. He is now a remarkable 17 but his future depends on research. “With further funding, help for Oscar and the thousands of other children is almost tangible. The Lowe 10 Month campaign could make it real.”

The plan has the support of Jonathan Ross, who says, “The charity really has done amazing work in the last ten years, supporting families affected by Lowe Syndrome and funding vital research into a cure. I am encouraging everyone to get involved in the Lowe 10 month campaign to raise one million pounds and make it a truly memorable year for the charity.”

Patron, Penny Lancaster said " I know I am one of many that realise how lucky we are to have good health and find it overwhelming when you think of all the different charities that need help, especially those that need vital funds for research towards cures for incurable and debilitating disease. Having healthy, growing children, as I do, my heart goes out to parents with the challenges of young children with life threatening illnesses like Lowe Syndrome".

The scheme asks people to first pick a “Celebrity Tree within the Garden of Hope” and then with a £5 donation they are able to add a leaf to the tree and on the leaf to add a message of their choice to the celebrity. Each donor is individually identified (unless they wish anonymity) and if people or corporate donors would like to buy more than one item, they can have a larger presence on the page. Sponsorship is also included.

Some of the stars who you can choose from include Shirley Bassey, JLS, Rod Stewart, Nicola Roberts and Melanie C.

This is a chance for people to know where their money is going – ie they will be told which project the funds have been donated to and can track its success. People can donate to more than one tree, giving them the opportunity to be part of all the research projects.

Lorraine concludes: “It has been an emotional journey since I founded the charity, but I am spurred on by the way research is now progressing. If we can continue to fund the projects, a cure is very near. Having a son diagnosed with Lowe syndrome is the most heartbreaking and frightening experience. No child should suffer in this way: each day you live in fear.”

The Celebrity Garden of Hope Page can be accessed at www.gardenofhope.com and will be available for 10 months.