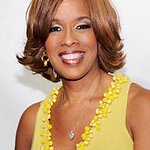 The Friends of Hudson River Park and Hudson River Park Trust have announced that a sold-out crowd of 830 New Yorkers came together to celebrate the Park at its annual spring gala, which netted $1.6 million to support operations and programing.

Held in the Park for the first time, the May 29 event attracted prominent leaders in New York’s government, business and entertainment sectors.

“In a world where creative people can live almost anywhere they want, New York stands out, not just because of the professional opportunities we offer, but also because of our fantastic quality of life. That includes the parks and public spaces that give New York so much of our excitement and zest—and one of the best is Hudson River Park,” said Mayor Michael R. Bloomberg, who presented the Leadership in Community Enrichment Award to honoree Glenn Dubin.

“We are overwhelmed by the response this year, and pleased to have surpassed our goal in raising funds for the Park,” said A. J. Pietrantone, Executive Director of Friends of Hudson River Park. “We look forward to building upon this foundation to further enhance a Park that has quickly become integral to the fabric of our city.”

“We are so grateful for the support of a diverse community,” said Madelyn Wils, President and CEO, Hudson River Park Trust. “The future of the Park relies on our partnership with the private sector, and this is a major step toward our goals of expanding and sustaining this world class amenity.”

Joined by a who’s who of New York real estate, finance and West Side enthusiasts, this year’s event honored Dubin, Chairman, CEO and co-founder of Highbridge Capital Management, who has long been active in community-building philanthropic causes. Dubin is a founding Board member and former Board chair of Robin Hood Foundation, as well as a Board member of Mount Sinai Medical Center, where he and his wife, Eva, founded the Dubin Breast Center.

“Spending time in the Park is a central component of our family’s life and recreational time. It is important that we cultivate and support these valuable civic projects, and we are honored to be recognized for doing so,” noted Dubin.

“We are pleased to honor Glenn for his leadership in community enrichment,” said Friends Board Chair and Gala co-chair Douglas Durst, riding to the stage on a bicycle to introduce Mayor Bloomberg, who presented Dubin with his award. “The example he sets through philanthropy is what will expand our ability to sustain the Park.”

“From his support of emerging leaders to leading the fight against poverty in New York, no one better understands the importance of community-building than our honoree,” said Diana Taylor, Trust Board Chair, Friends Board Member and Gala co-chair.

Park supporters gathered under a custom-built tent with views of the water designed to showcase both the natural beauty of the Park—featuring fresh blossoms, live terrariums and wispy Hudson River grasses—as well as the vast array of activities it provides New Yorkers. Throughout the evening hosted by Gayle King, co-anchor of CBS This Morning, guests were surprised with performance art elements showcasing the Park’s many offerings, including dog walkers, runners, and basketball players.