Third Eye Blind And Switchfoot To Rock The Green 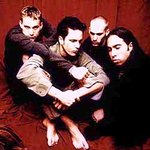 A side stage, powered entirely by clean energy, will feature local Milwaukee bands, including Evan Christian, I’m Not a Pilot and Ikarus Down. The second annual Rock the Green will take place on Saturday, September 15, at Veterans Park from 2-9 p.m.

Tickets will go on sale this Thursday, July 12, priced at $30 for general admission and $85 for VIP admission. Tickets will be available at an early bird rate of $25 for a limited time. Rock the Green subscribers will have the first chance to purchase tickets beginning July 10. All tickets will include a water bottle for use at free freshwater stations on the festival grounds.

“Our music-driven platform educates attendees to learn about the many ways we can minimize our collective environmental impact,” said Lindsay Stevens Gardner, founder and executive director, Rock the Green. “This diverse lineup includes bands from all parts of the world and reflects Rock the Green’s mission to unite concert-goers through a shared music and sustainability experience.”

According to Stevens Gardner, Third Eye Blind will headline Rock the Green as the band prepares to release its latest album.

The San Francisco-based band achieved mainstream success in 1997 with its first major release. The self-titled album sold six million copies in the United States alone, with five singles including How’s it Going to Be, Jumper, Graduate, Losing a Whole Year, and Semi-Charmed Life, which won the Billboard Music Award for Modern Rock Track of the Year in 1997. Since, the band has released three additional albums, including Blue (1999), Out of the Vein (2003), and Ursa Major (2009), as well as an EP titled Red Star (2008). Third Eye Blind is currently recording its fifth studio album in London.

“The environment is a passion of mine, and it is critical that we all learn to live more sustainably,” said Stephan Jenkins, lead vocalist of Third Eye Blind. “Rock the Green provides the stage to drive focus to this cause, so that we can make the necessary changes as a collective group.”

Canadian indie rock and new wave act Metric will also take the stage at Rock the Green. The band’s fifth and most recent album, Synthetica, was released on June 12 and peaked on the U.S. alternative album chart at number 1. The album’s first single, Youth Without Youth, debuted at number 1 on the Canadian alternative rock chart. Metric’s previous albums include Old World Underground, Where Are You Now? (2003), Live it Out (2005), Grow Up and Blow Away (2007), and Fantasies (2009). In 2010, the band’s music was featured in two major Hollywood films, Scott Pilgrim vs. The World and The Twilight Saga: Eclipse.

According to Stevens Gardner, Switchfoot will also perform during Rock the Green 2012.
“Environmental sustainability has become an increasingly important topic. We look forward to being a part of that message at Rock the Green,” said Jon Foreman, lead vocalist of Switchfoot.

Imagine Dragons, whose single It’s Time peaked at number 4; Australian indie rock band Atlas Genius, best known for its single Trojans; and Morning Parade, an English alternative rock band whose self-titled debut album was released in March, will round out this year’s line-up.

For tickets and more information on Rock the Green, visit rockthegreen.com.

LOVELOUD Festival is excited to announce new performers and speakers to its all-star lineup. More →