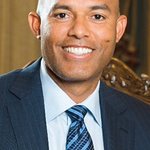 Originally established in commemoration of the 658 Cantor employees lost in the 9/11 World Trade Center attacks, Charity Day has expanded to assist charitable causes worldwide. Since its inception, Charity Day has raised approximately $89 million globally. The Cantor Fitzgerald Relief Fund, created to assist family members of Cantor employees who perished on 9/11, has broadened its mission to provide aid to victims of terrorism, natural disaster and emergencies, and has raised and distributed over $250 million.

“Charity Day is an integral part of who we are and a day on which we commemorate and honor our friends and colleagues who were lost on 9/11,” said Howard W. Lutnick, Chairman and Chief Executive Officer of Cantor Fitzgerald, L.P. “It is through the participation of our clients, employees, charities and guests that we are able to make this day into one that has a positive impact on those in need. I would like to thank everyone who continues to join us in memorializing the people we lost on that day by assisting charities around the world.”

Shawn P. Matthews, Chief Executive Office of Cantor Fitzgerald & Co., said, “We are extremely grateful to our clients and employees who helped us raise money for such worthy causes, and for the generous participation of our celebrity guests who graciously donate their time on this day. The impact that Charity Day has globally is remarkable, and we are proud to support so many deserving causes.”