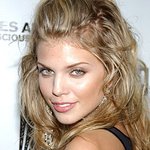 The Life is Love event will be held at a private residence and will feature a live musical performance and a live/ silent auction. Catering by Crustacean of Beverly Hills and specialty cocktails, including a signature drink created by POM Wonderful.

Sex trafficking is the movement by force or coercion of men, women and children into the commercial sex trade. Here, they can be subject to rape, forced abortions, torture, starvation and threats to family members, and forced to cater to up to 30 clients in a day – with contraception optional. Through a combination of psychological, the victims are bound by their captors: they are modern-day slaves.

Experts estimate that as many as two million women and children are sold each year, and that profits from sex slavery exceed $9.5 billion annually. This is not just a problem of the developing world: it is a global crisis, including the United States.

Somaly Mam is a Cambodian survivor of sex slavery. She was sold at the age of 12. She doesn’t know her age, nor her real name, and she spent nearly a decade in the horrors of Cambodian brothels. But she escaped, and since has aided in the rescue of thousands of women and children. She founded an NGO that rescues, recovers and empowers victims and has become an advocate and global leader in the cause.

The Somaly Mam Foundation, a nonprofit dedicated to ending sex slavery and empowering its survivors, based on the vision and life of activist and survivor Somaly Mam.