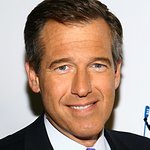 Iraq and Afghanistan Veterans of America, the nation’s first and largest nonpartisan, nonprofit organization representing veterans of Iraq and Afghanistan, is proud to announce the honorees and participants for their Sixth Annual Heroes Gala on Tuesday, November 13, 2012 at Cipriani 42nd Street in New York City.

At this year’s Heroes Gala, IAVA is honoring Joan Ganz Cooney and Peter G. Peterson as recipients of IAVA’s 2012 Civilian Service Award. Through his work at the Peter G. Peterson Foundation, as Chairman Emeritus of the Council on Foreign Relations and as a board member of the National September 11 Memorial & Museum, Mr. Peterson has used his decades long experience to raise awareness of America’s long term fiscal challenges while promoting nonpartisan solutions to ensure a better economic future, always keeping America’s veterans in the forefront of his thoughts. As one of the visionaries and founders behind the creation of Sesame Workshop, Mrs. Cooney created the dynamic and continually relevant environment of Sesame Street. Through Sesame Street’s powerful program, Mrs. Cooney has been a leader in helping frame the delicate issue of supporting children of military families through challenging transitions such as deployments, homecomings, a parent coming home changed due to a combat related injury and the death of a loved one. Individually, they have each achieved a great deal, but together they are inspirational leaders who have had a powerful and positive double impact on our community.

IAVA is also excited to present Roger Waters (formerly of Pink Floyd) with the inaugural 2012 Artistic Leadership Award. This award was created to recognize individuals in the arts and entertainment industry whose leadership has heightened the visibility and awareness of veterans’ issues. Mr. Waters’ “Fallen Loved Ones” project was an integral part of his record-breaking tour “The Wall,” making him an important advocate and friend to the veteran community.

“Nearly one million service members are returning home to face rising unemployment and suicide rates. Our commitment to serving these brave men and women who fought for our country is not merely charity, it’s an investment in our nation’s future. With over 200,000 Member Veterans and supporters and a four-star rating from Charity Navigator, IAVA’s programs are at the forefront of serving our nation’s veterans. This Veterans Week, the Heroes Gala is an opportunity to celebrate and support the New Greatest Generation,” said IAVA Founder and Chief Executive Officer Paul Rieckhoff.

“IAVA is thrilled to have Brian Williams back for the fourth year in a row as Master of Ceremonies. Brian’s commitment to our mission and our community goes above and beyond. He’s always had IAVA’s back and we’re fortunate to have such a powerful advocate. Mrs. Cooney and Mr. Peterson have each made incredible contributions to countless new veterans and their families nationwide. We are humbled and thrilled to honor their tremendous dedication to our community with the IAVA’s 2012 Civilian Service Award. Roger Waters has ensured that millions never forget our fallen brothers and sisters. He is a legendary talent and creative force who has impacted audiences worldwide with his groundbreaking “Fallen Loved Ones” project as a part of “The Wall” tour. Each of our honorees has made unique and lasting contributions to IAVA’s mission, and we look forward to recognizing their extraordinary efforts on November 13th."

Iraq and Afghanistan Veterans of America is the country’s first and largest nonprofit, nonpartisan organization for veterans of the wars in Iraq and Afghanistan and has more than 200,000 Member Veterans and civilian supporters nationwide. IAVA recently received the highest rating – four-stars – from Charity Navigator, America’s largest charity evaluator.