Free The Children's We Movement Comes To The US 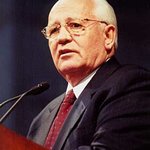 Amway, one of the world’s largest direct selling companies, and Free The Children, an international charity and educational partner, announced today a new partnership that will bring Free The Children’s signature youth empowerment event, We Day, into the U.S. for the first time.

Amway North America will serve as co-title sponsor, along with Microsoft, of We Day Seattle, at Key Arena on Wednesday, March 27, 2013 featuring Former President of the Soviet Union Mikhail Gorbachev amongst many other notables, soon to be announced. Reaching hundreds of thousands of youth through inspirational events and a year-long service program, We Day has previously been held annually only in Canada.

Founded in 1995 by 12-year-old child-rights activist Craig Kielburger, Free The Children believes in a world where all young people are free to achieve their fullest potential as agents of change.

“Free The Children started with one school, one community, looking to make a difference and today is 3,500 schools and 2 million young people stepping up to free children from the cycle of poverty and exploitation around the world,” says Craig Kielburger, co-founder, Free The Children. “This truly is the generation we’ve been waiting for. We are thrilled to bring We Day to the U.S. to continue to bring young people together and inspire them to act and provide them with the tools they need to create systemic change both at home and overseas.”

“Free The Children’s mission of inspiring children to help others aligns closely with Amway’s values,” says Tanios Viviani, Regional President of the Americas for Amway. “Amway Independent Business Owners have a strong culture of service, particularly with organizations like Easter Seals and the U.S. Dream Academy. Our global philanthropic focus has been children’s causes for the last decade, which makes Free The Children and We Day Seattle an ideal way to amplify all the good things IBOs already do.”

We Day is a stadium-sized educational event, free for students and teachers to attend thanks in part to the generous support of Amway, Microsoft and others. Students must earn their way in through service by taking one local and one global action to better the world through a year-long program called We Act. We Day features powerful messages from world leaders such as His Holiness The Dalai Lama and Sir Richard Branson, and performers including Demi Lovato and Jennifer Hudson.

Find out more at www.facebook.com/weday.