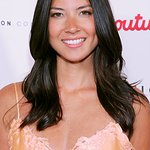 On February 18, Vanity Fair and Juicy Couture, along with Vanity Fair senior west coast editor Krista Smith and The Newsroom actress and former “Vanities” subject Olivia Munn, kicked off Campaign Hollywood week by hosting a special celebration of the first-ever “Vanities” Calendar in support of the Regional Food Bank of Oklahoma, a member of Feeding America, at the Chateau Marmont in West Hollywood.

This invitation-only reception was part of Campaign Hollywood, Vanity Fair’s annual week-long series of events and one-of-a-kind moments in support of charitable causes.

For more than two decades, the opening page of the monthly Vanity Fair feature, “Vanities,” has been like a second cover for the magazine, showcasing bright young things, many of whom have gone on to become major stars. The 2013 “Vanities” calendar, which is included in the March Vanity Fair, features young actresses previously featured in the"Vanities" section of the magazine including Emily Blunt, Shailene Woodley, Mila Kunis and Olivia Munn.

The Vanity Fair and Juicy Couture celebration benefitted the Regional Food Bank of Oklahoma. Founded in Oklahoma City, the organization is dear to the evening’s host, Oklahoma City-native, Olivia Munn. The Regional Food Bank of Oklahoma is the state’s largest hunger relief organization providing food to feed more than 90,000 Oklahomans each week through a network of more than 1,000 schools and charitable feeding programs. As a member of Feeding America, the nation’s leading domestic hunger-relief charity, the organization also helps more than 37 million Americans who receive food through their network each year.

Guests enjoyed music by Ms. Nix and sampled the latest products from L’Oréal Paris and Lancôme while checking out the new 2013 Fiat 500 Abarth which was on display. Juicy Couture added their own special touches to the event with custom décor elements— including white furniture and pink and white beach balls in the hotel’s pool—inspired by their Spring 2013 Campaign featuring California Pin-Ups.

With only days before the Global Citizen Forum (GCF) unveils its 2022 Annual Summit on November 16-17, Ricky Martin and the Ricky Martin Foundation join an exciting line-up of global changemakers, celebrities, and organizations driven to unlock opportunities to create a better world. And you can be part of the unforgettable experience too. More →