Some of the best charities will reap the benefits from one major event in Austin, Texas on April 11 and 12 thanks to Texas Head Football Coach Mack Brown, recording artist Jack Ingram and actor Matthew McConaughey. The trio is hosting a fundraising event called Mack, Jack & McConaughey (MJ&M) with the commitment of Austin businessman and philanthropist Milton Verret.

By joining together, MJ&M and Mr. Verret will maximize their impact on programs for underserved youth nationwide. The proceeds from this unprecedented two-day event will benefit several charities: the Rise School of Austin, the JK Livin Foundation, Heart Gift, Cure Duchenne and Grounded in Music.

MJ&M is destined to become well-known thanks to the far-reaching efforts of Sally and Mack Brown, Amy and Jack Ingram, as well as Camila and Matthew McConaughey. MJ&M is generating a lot of excitement with two days of celebrity golf, a Neiman Marcus fashion show and two nights of live music. To purchase concert tickets, please visit www.ACL-Live.com.

Through the involvement of well-known celebrities and electrifying events, MJ&M is able to give back to the children who need it the most in a really big way with a focus on education, health & fitness, and arts & culture.

The association of MJ&M with Mr. Verret only makes sense since they each share the mission of making a major impact on children’s lives.

“It’s an honor for me to join such a great trio of fellow Texans as they join forces to improve the lives of underserved children,” Verret stated shortly after joining the MJ&M Founding Steering Committee. As a member of the Founding Steering Committee, Mr. Verret joins an elite group of MJ&M donors making a major financial commitment to what will become an annual event.

Mr. Verret’s past philanthropic efforts have already left their mark on the city of Austin. His purchase of giant guitar sculptures during a Gibson Foundation auction helped raise half a million dollars for Austin charities. Mr. Verret then donated the guitars to the city, and they are now on public display at Austin Bergstrom International Airport. Anyone arriving in Austin can now see it is truly the Live Music Capital of the World!

Mr. Verret’s underwriting, organizing and producing of Cow Parade Austin in 2011 helped raise $1.5 million through its auction to benefit the SuperHero Kids Fund of the Children’s Blood and Cancer Center of Dell Children’s Medical Center. Additionally, Mr. Verret’s involvement as Production Sponsor for the Dell Children’s Hospital Gala this year doubled its fundraising from last year to nearly $1.3 million.

Other efforts by Mr. Verret include donations to Big Brothers Big Sisters, the Austin Children’s Shelter, the Boy Scouts of America, the Central Texas Girl Scouts, Make-A-Wish Foundation and the Austin Film Society.

Together, the Browns, Ingrams, McConaugheys and Milton Verret are a great group of humanitarians who will make sure the children of this community receive well-deserved attention.

To learn more about Mack, Jack & McConaughey, go to www.mackjackmcconaughey.org. 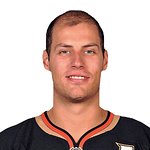