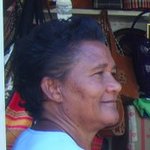 The main facilitator of the Mulago Positive Women's Network is Agnes Nyamayarwo, a nurse from Uganda and a Board member of TASO, an organization that supports the work of the MPWN through various outreach programs. Through these programs, the MPWN is able to provide renewed hope to their members and their families for a successful future.

In many ways, Agnes Nyamayarwo’s story IS the story of HIV/AIDS in Africa. Agnes, a mother of eight children, unknowingly contracted the HIV virus from her husband. When Agnes found out that her husband had died of AIDS in 1992, she went to be tested and found out that she too was HIV+. Agnes then learned that she had unknowingly passed on the HIV/AIDS virus to her youngest son, Christopher, who would die at six years of age from AIDS.

Bono was so impressed by her life experience with HIV/AIDS and her quiet heroism in fighting it that he ultimately invited Agnes to join him and others on the “Heart of America” tour in December 2002.

Agnes Nyamayarwo has also become internationally known for her role as spokesperson for ONE, the campaign to make extreme poverty history. (www.one.org)

Agnes Nyamayarwo was one of the keynote speakers at the “U2 Conference” which took place October 2-4, 2009, at North Carolina Central University in Durham, North Carolina. The conference, the first of its kind in the USA, was devoted to a serious look at the music of the rock group U2 and its social significance in modern society.

Agnes’ presentation, which took place Sunday afternoon, was entitled “We Get to Carry Each Other” and explored Agnes’ longtime friendship and AIDS advocacy alongside Bono from 2002-2007 in her role as the first African spokesperson for Bono’s organization, DATA (Debt, AIDS, Trade, Africa), and then for ONE.

Agnes was also recognized with a special award from North Carolina Central University for her work with TASO (The AIDS Support Organization) of Uganda. In return, Agnes presented the university with a special gift from TASO to symbolize the bond which exists between the predominantly African-American university and the People of Uganda.

In the evening of October 3, 2009, Agnes was treated to her first U2 concert in Raleigh, North Carolina, where she was given a backstage pass to watch the show and to see her friend (Bono) perform for the first time with his band. The highlight of the night for her was an unexpected tribute given by Bono to her before he sung the famous U2 song, “One”.

Agnes Nyamayarwo has supported the following charities listed on this site:

Activity
Social reach
Google trends for "Agnes Nyamayarwo"
Available to Insiders only
Get Insider Access to these insights & more...

You can contact Agnes Nyamayarwo using details from this service. (Or read our advice on how to contact celebrities)

We don't have any news stories about Agnes Nyamayarwo.

We don't have any videos related to Agnes Nyamayarwo.