Alfre Woodard’s career stretches across the big and small screen, with appearances in Star Trek: First Contact, Hill Street Blues, Desperate Housewives and an Academy Award nomination for 1983’s Cross Creek. But she is also known across the philanthropic world as a founder of Artists for a New South Africa (ANSA).

ANSA was created as a nonprofit organization dedicated to combating the African AIDS pandemic and advancing democracy and equality in South Africa. It also works to further civil rights and safeguard voting rights in the U.S. Established in 1989, the charity has raised over $9 million for African non-profits, and shipped more than 70 tons of medical supplies and books to impoverished communities across the continent. Its board of directors includes Gillian Anderson, Blair Underwood and LaTanya Richardson Jackson. Since 2005, ANSA has provided ongoing comprehensive care and services to more than 3,500 AIDS orphans and vulnerable children in South Africa – an achievement that led to Arch Bishop Desmond Tutu nominating the organization for the prestigious Conrad N. Hilton Humanitarian Prize in 2009.

South Africa has more people with HIV/AIDS and more AIDS orphans than any other country and, recognizing the magnitude of the crisis, ANSA brought together leading African AIDS and child welfare experts to develop It Takes A Village (ITV), a cost-effective method of delivering essential services to orphans. Initiated by funds donated by Deborah and Carlos Santana and implemented by local organizations, ITV’s pilot programs provide loving care, food, clothing, counseling, legal aid, medical assistance, and other essential help to an orphan for under 50 cents a day.
George Lucas, Samuel L. Jackson and LaTanya Richardson supported ITV with the 2005 Los Angeles fundraising premiere of Star Wars: Episode III – Revenge of the Sith. In October 2006, the Santanas, Jacksons, Alfre Woodard, Jurnee Smollett, and CCH Pounder traveled to South Africa to witness ITV’s impact in Ingwavuma, a community where 40% of adults have HIV/AIDS.

ANSA hold regular star-studded fundraising events, such as the Shaking The Blues benefit concert in LA in November, 2007, which featured performances by Erykah Badu, Nikka Costa, Keb’ Mo and included appearances by George Lopez, Jurnee Smollett and many more. The event was chaired by Jackson Browne, Morgan Freeman and Samuel L. Jackson, and included a host committee made up of JJ Abrams, Johnny Clegg, Danny Glover, Quincy Jones, Chris Rock and Denzel Washington.

“I was privileged to be with Nelson Mandela last year in London,” said Woodard in 2009, “where he challenged us, saying, ‘…our work is far from complete. Where there is poverty and sickness, including AIDS, where human beings are oppressed, there is more work to be done. It is in your hands now.’ With this audiobook, ANSA pays tribute to our friend and hero, Nelson Mandela. It will take the hands of all mankind to lift that burden and carry on the work. We hope you will join us and support this effort.”

The Grammy nominated audiobook is published and distributed by Hachette Audio, a division of Hachette Book Group and subsidiary of Hachette Livre, the second largest publisher in the world. The publisher, performers, director, producers, engineers, designers, attorneys, manufacturers, pr team and studios all donated their services.

President Nelson Mandela once said of ANSA, “We will never forget those who stood by us in our darkest days…You have become a part of the progress we are making…We are strengthened by the knowledge that Artists for a New South will be with us.”

Words from such a great leader show the true legacy of Alfre Woodard’s work.

Alfre Woodard has supported the following charities listed on this site:

Google trends for "Alfre Woodard"
Available to Insiders only
Get Insider Access to these insights & more...

You can contact Alfre Woodard using details from this service. (Or read our advice on how to contact celebrities)

Alfre Woodard has worked with the following companies listed on this site: 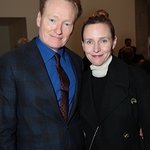 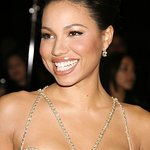 Dear Me: A Letter to My Sixteen-Year-Old Self

In support of Elton John’s AIDS Foundation, a number of celebrities have written a letter to their sixteen-year-old selves.