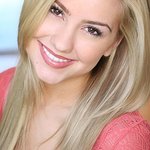 Chelsea Staub stars as Stella Malone, the longtime friend and style guru to the Lucas brothers in the Disney Channel comedy series “JONAS.” She also stars in “Starstruck”, a Disney Channel Original Movie premiering in February 2010.

The Phoenix, Arizona native has been acting professionally since the age of nine. She landed her first role as Young Kim in the national Broadway tour of “Showboat” and went on to star in the productions “Peter Pan,” “The Wiz,” “Cinderella,” “Oliver,” “Annie,” “Titanic,” “The Sound of Music,” “Schoolhouse Rock,” “A Christmas Carol” and “The Secret Garden,” among others.

Staub starred in the Disney Channel Original Movie “Minutemen” and guest-starred on Disney Channel’s hit series “Wizards of Waverly Place.” Her other guest star credits include “Cracking Up,” “Summerland,” “Listen Up” and “The Bill Engvall Show.”

On the big screen, she landed her first role in the family film “Arizona Summer,” and has a starring role in the motion picture “Bratz.”

A self-described “flower child,” she enjoys painting, photography, travel, concerts and going to the beach with friends.

Staub’s grandparents ran a trading post near Tuba City, Arizona and her mother grew up on the Navajo-Hopi Indian Reservation.

Staub celebrates her birthday on September 15. She currently resides in Los Angeles.

Chelsea Staub has supported the following charities listed on this site:

Activity
Social reach
Google trends for "Chelsea Staub"
Available to Insiders only
Get Insider Access to these insights & more...

You can contact Chelsea Staub using details from this service. (Or read our advice on how to contact celebrities) 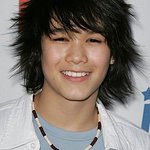 It may have been a busy weekend for the stars as they celebrated the Emmys, but it was a huge weekend for Reality Cares, which hosted three massive celebrity charity events. More →