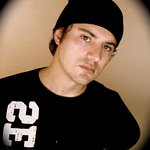 While today Celebrity Multi-Platinum Producer/Songwriter Marc Mysterio is a household name to the mainstream and celebrity media, he began his career in the small Québec Town of Sherbrooke in 2006. “I was promoting parties and we needed a DJ, so I filled in. I was amazed to learn that DJs were releasing their own music by producing the music and featuring singers, however, remaining the artists themselves so I began right away as I had a huge background in music and even with cakewalk back in the 80s that my dad used” notes Marc.

It did not take long before the Heavyweights of the music business got wind of Marc and began to work with him. Multi-Grammy Winning Producer Sandy Vee, of Paris, heard a song of Marc’s and insisted on working together on it. “The song was called ‘Let Loose’, and Sandy was convinced the song was a hit so we re-produced it together and I ditched the original version. Sandy brought the song to various labels and also Radio FG whom added the song. Its amazing how far we have both come since then”.

In the course of working on Guetta’s track, Marc was introduced to Chris Willis, whom had co-written and featured on several hits of David Guetta’s Album (Love Is Gone, etc.), on ‘Roll Wit It’ which charted across Europe and landed Marc Mysterio alongside of Judge Jules on a BBC Radio 1 Broadcast. “That was certainly a highlight, but what people don’t realize is that I composed or wrote every single song I played in that set, as although I love performing, writing and composing is my passion”.

The Spring of 2009 would bring about a cover version of Daft Punk’s ‘One More Time’ which received mainstream airplay on America’s Largest FM Station, Power 106 (Los Angeles) and other US Heavyweight Stations that were predominantly hip- hop focused at the time.

His UK Success would continue on ‘Tomorrow’ featuring Samantha Fox, the iconic 80’s star which would land him in the mainstream spotlight for the first time. “It was awesome, I remember clearly that we put the press release together and I had to scrape up the funds for the PR Company from 2 different accounts and even walked 3 miles because I couldn’t afford the metro. By the time I arrived, the rep asked me, ‘Marc, Patrick Swayze just passed today. It might not be a great idea to run this today as an entertainment story’. Of course, I told him after all I’d been through ‘Lets go’ and sure enough, even WINS 1010AM in New York had it as their #2 entertainment story of the day opposite Swayze, ‘Samantha Fox is back as a dance- floor diva opposite Marc Mysterio on ’Tomorrow’”.

The song would then land on RCA’s 2009 Samantha Fox Greatest Hits Album (RCA/Sony Music). “Sam literally marched in to the UK Offices of Sony and demanded they stop the presses on the Greatest Hits Record to include our song ‘Tomorrow’, its one of the nicest things anyone in this business has ever done for me”.

Following the Samantha Fox collaboration, Marc teamed up with Luciano Ingrosso, uncle of Sebastian Ingrosso and founder of ‘Swedish House Mafia’, of Sweden’s Joia Records on ‘Shout It Out’. The song was originally slated to feature Brandy Norwood, however, a dispute ensued which landed Marc again in the attention of the global news media including: FOX, CNN, TMZ, BBC and more.

The parties reached an amicable settlement and ‘Shout It Out’ was released in late 2010 featuring Canadian Craig Smart. The Song’s Video was featured on MTV Globally, while the single landed on many top-10 Compilations and cracked Top 50 Hot AC Canadian Radio Chart.

Having kept in contact with Sony Music over the years, Andreas Keul of the Sony Germany caught wind that Marc had a new song featuring his artist, Multi-Platinum Canadian Artist, and MTV EMA Best New Act, Karl Wolf in 2012.

“We first came in to contact with Mr. Keul during the Greatest Hits Release with Samantha Fox. He loved my song with Karl ‘Everything Is All Wrong’ and introduced me to Daniel Breitholtz of Sony Sweden whom ultamitly signed the track. Following the signing of the contract, Mr. Keul emailed me ‘Welcome to the Sony Music Family Marc’”.

Thereafter, Marc had the opportunity to re-produce and re-write, en français, Kati Wolf’s Eurovision entry ‘What About My Dreams’.

The new version, released by Sony Music globally was entitled ‘Dix Pas Cent Pas’ by Kati Wolf featuring Marc Mysterio. “We recorded the song via skype. There was a mix-up on the time difference and I was still half asleep but it was really cool as they linked up the skype call so I could hear exactly what she was recording as it occurred and was able to assist in the production and guiding of the recording
together with Viktor Rakonczai, whom engineered the session in Budapest. Both Kati and the Sony Music Team in Hungary were very supportive and I appreciate that they gave me a featured credit too,” Mysterio notes of the collaboration with the Hungarian Eurovision and X-Factor Star Wolf Kati.

In 2013, following the Boston Marathon Bombings, Marc Mysterio ‘Booty On The Floor’ featuring Flo Rida to benefit the victims via One Fund Boston.

One Fund Boston is the official charity organized by the late Boston Mayor Thomas Menino whereby 100% of donations to the charity go directly to the victims of the tragic bombings that occurred at the April 15th, 2013 Boston Marathon. “It means a lot to me to be able to collaborate with Flo Rida and his team, but even more to do so for such a noble cause. Having that opportunity to give back to the City Of Boston means more to me than any Platinum or Gold Certification. God Bless the victims and their families” he notes, himself a former Beantown Resident.

The song has been featured everywhere from the Boston Globe to Perez Hilton whom endorsed the effort noting on his famed web site PerezHilton.com, ""be charitable . . . and then dance by putting your booty on the floor."

Radar Online also reported a happy ending in the Brandy Norwood relationship, “My first purchase with the money from Brandy was a new music studio which was used to produce this charity song with Flo Rida… So I’m sincerely grateful that we finally got to make a difference together, all’s well that ends well.”

Karma would come back to bless Marc in 2014 with platinum and multi-platinum awards for his songwriting on tracks by: Flo Rida, Katy Perry, Jack Perry and Natalie Rose to name a few which now bring his total of gold, platinum and/or multi platinum certifications to nearly 100 world-wide.

2015 would see Marc re-vamp the 90s hit ‘Mmm Mmm Mmm Mmm’ which was a mainstay on the Beatport Top 100 Sales Chart, while the video received wide airplay throughout Europe spurring the song to #1 on the Belgian iTunes Album Chart.

In a follow up effort, Marc Mysterio looks forward to once again showing his heart and charitable nature by teaming up with Crash Test Dummies once again – on a rock song for charity to benefit and honor the refugees presently migrating to Europe called ‘Promised Land’, also featuring Mark Crozer (WWE Bray Wyatt Theme Music ‘Live In Fear’ artist) on guitar in a dual debut of sorts for Mysterio as a vocalist – as well as in the rock genre with proceeds going to The International Red Cross.

“If my music can change one person’s life, that makes all of the effort everyone has put in to my career today worthwhile,” he concludes.

Marc Mysterio has supported the following charities listed on this site:

Activity
Social reach
Google trends for "Marc Mysterio"
Available to Insiders only
Get Insider Access to these insights & more...

You can contact Marc Mysterio using details from this service. (Or read our advice on how to contact celebrities) 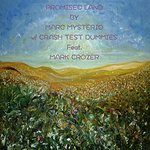 Multi-­Platinum producer/songwriter Marc Mysterio has joined forces with Legendary Rock Act Crash Test Dummies and Mark Crozer on a new rock track to honor and benefit the refugees now descending upon Europe in search of their ‘Promised Land’. More →

We don't have any videos related to Marc Mysterio.