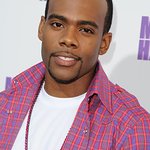 Mario is a Grammy-nominated singer, songwriter and actor. He released his debut album at age 15, and his songs have touched millions of people worldwide. Sitting at the top of the music charts, Mario sells millions of albums and has won countless awards for his contributions to the music world.

But it was not an easy road to success and positivity for this Baltimore, Maryland native. Growing up, Mario’s mother was burdened with an ongoing drug addiction. She was absent for many of the important moments in his life due to her disease of addiction. Practically raised by his grandmother, Alternease Hardaway, Mario felt a huge void when he lost her due to cancer when he was just 12 years old.

Growing up in Baltimore, this soon-to-be superstar witnessed violence, gangs and drug use every day. But he quietly learned how to be faithful. “That’s the real gift, to really experience things and really take it in,” says Mario. “And don’t just see it and overlook it, but really see it for what it is. And that’s what I’ve learned how to do in these years. And that’s a blessing to be able to understand that.”

“Coming up, some family and friends weren’t on the right path. In some cases, wrong turns can be over looked but I had to look at them for what they were.” The result has been to overcome life’s challenges in order to pursue his love for singing, and turn that love into the successful music career that he’s experiencing today.
In many ways, Mario is the voice of a generation. This holds a lot of responsibility, but Mario believes he has an obligation to give back. He looks toward the future to reposition the spotlight from himself and his personal accomplishments, and rather on to the cause that is close to his heart. For Mario, The Mario Do Right Foundation is his way to mentor and support the children of substance abusing parents. Mario aims to create a support system that was absent for many years of his early life. His goal is simply to give back.

Mario has supported the following charities listed on this site:

Google trends for "Mario"
Available to Insiders only
Get Insider Access to these insights & more...

You can contact Mario using details from this service. (Or read our advice on how to contact celebrities)

Kirk And Anne Douglas Feed The Homeless For Thanksgiving Nov 22, 2012

The homeless on Skid Row were treated to a special Thanksgiving meal courtesy of the Los Angeles Mission, Wells Fargo Bank and Chef Michael Voltaggio, chef/owner of ink. and ink.sack, on Wednesday. Thousands were served at the midday event, which featured recipes created by Chef Voltaggio. More →

Sixteen stars will compete to lead their teams to victory at a special celebrity charity Go Kart Tournament in Gardena, California, on May 28. More →

We don't have any videos related to Mario.