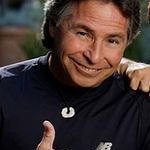 Stunt double, dancer, sport enthusiast, reality TV actor and producer Michael Muñoz is a huge advocate of Scouting and Boys' and Girls' Clubs of America, stemming from the positive experiences of his youth. He believes the organizations offer a great example of mentoring.

He is also a supporter of the Make-A-Wish Foundation, Caring Bridges, Juvenile Diabetes Research Foundation and cancer research charities. In April, 2011, he took part in Reality Rally for Michelle’s Place for Breast Cancer along with reality stars from Survivor, Big Brother and the Apprentice.

Michael believes in giving back locally, doing what he can for his communities in Los Angeles and Hawaii, whether through Walk-a-thons, runs, feeding homeless or other activities. He also does variety shows for the troops with his performer and comedian friends.

Michael has years of experience working in film and television as an actor and stuntman. He was a cast member in Season 14 of “The Amazing Race”, and has acted as Danny DeVito's stunt double in “When in Rome”, “Deck the Halls”, “It’s Always Sunny in Philadelphia” and “Housebroken”. He has also appeared in Spiderman, Cheaper by the Dozen, Van Helsing, Dragonfly, Soldier, Home Improvement, The Nanny, Jay Leno’s Tonight Show, Baywatch and many more.

Michael feels lucky to be in a position to give back, saying, “I am willing to give whatever I can to those in need.”

Michael Munoz has supported the following charities listed on this site:

Activity
Social reach
Google trends for "Michael Munoz"
Available to Insiders only
Get Insider Access to these insights & more...

You can contact Michael Munoz using details from this service. (Or read our advice on how to contact celebrities)

We don't have any videos related to Michael Munoz.