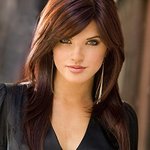 Rachele Brooke Smith has taken Hollywood by storm and quickly landed coveted roles such as featured dancer in the upcoming feature film release A Christmas Carol (directed by Robert Zemeckis) and recent hits like the Zac Efron Comedy Seventeen Again, Bedtime Stories (2008) opposite Adam Sandler and Fired Up (2009). Last year, she made her lead role debut in Attack at Zombie High (2008) and starred opposite Peter Gallagher as “Kate Parker” in Center Stage 2 (2008), the highly-anticipated sequel to the cult favorite.

She is active in her local church and volunteers her time for organizations benefiting the homeless, women, and children in need.

Rachele Brooke Smith has supported the following charities listed on this site:

Activity
Social reach
Google trends for "Rachele Brooke Smith"
Available to Insiders only
Get Insider Access to these insights & more...

You can contact Rachele Brooke Smith using details from this service. (Or read our advice on how to contact celebrities) 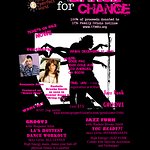 In A Perfect World will present a special dance event for charity next month. More →

We don't have any videos related to Rachele Brooke Smith.