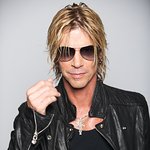 Bennington, lead vocalist of two-time GRAMMY-winning band Linkin Park, will be presented with the Stevie Ray Vaughan Award by Mike Shinoda, co-lead vocalist and producer of Linkin Park, for his dedication and support of the MusiCares MAP Fund, and for his commitment to the addiction recovery process. Alva, legendary skateboarder, surfer, musician, and original member of the skateboarding team Dogtown Z-Boys, will be presented with the MusiCares From the Heart Award by Anthony Kiedis, lead vocalist of multi-GRAMMY-winning band Red Hot Chili Peppers, for his unconditional friendship and dedication to the mission and goals of the organization.

All proceeds will benefit the MusiCares MAP Fund, which provides members of the music community access to addiction recovery treatment regardless of their financial situation.