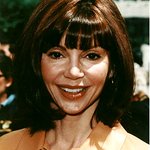 Actress, entrepreneur and author Victoria Principal is joining Americans across the nation in support of American Humane Association's lifesaving work to rescue and shelter animals caught in the path of the devastating Oklahoma tornado last week.

Principal, a longtime supporter of American Humane Association, is urging people everywhere to help the charity’s famed Red Star Rescue team, which is on the ground outside Moore, Oklahoma conducting search, rescue and sheltering operations – and reuniting pets with their families.

“For nearly 100 years, American Humane Association’s legendary Red Star Rescue team has been helping animals in their times of greatest need,” said Principal. “Right now, the Red Star team is on the ground in Oklahoma saving lives, providing care and comfort to frightened animals who have lost their homes, their families, and everything they know. I call on everyone who cares about animals to support American Humane Association’s tremendous efforts to rescue as many animals as possible and return them to their families. Please do whatever you can to help them now. For so many children, families and communities, life will never be the same until their beloved pets are back safely in their arms.”

American Humane Association’s Red Star team moved quickly to intervene in this disaster, which cut a deadly swath 17 miles long through the heart of Oklahoma and affected thousands of people and animals. The tornado occurred Monday and by late Tuesday, with the help of country singer Miranda Lambert's MuttNation Foundation, Red Star was invited by the State of Oklahoma to deploy as an approved responder to assist Moore’s animal victims. Within hours they put their teams in motion, covering more than 2,000 combined miles in just over a day heading to the disaster scene with staff and volunteers, their 82-foot Rescue Rig with its emergency equipment, quarters for 12 volunteers, and mobile operating theater sponsored by Mars Petcare US, and their 50-foot Lois Pope LIFE Rescue Vehicle.

American Humane Association received a warm welcome and immediately began assessing the situation and assisting the city of Moore with sheltering operations by providing food, comfort and care to animals at the temporary shelter set up at an existing fairgrounds locale outside of the city. Rescue operations have begun and a growing number of animals is expected to require their attention. Today, the Red Star teams and local animal welfare professionals are feeding and caring for approximately 100 animals, a number of whom required medical care from local veterinarians for illnesses including dehydration and upper respiratory problems likely caused by dust and/or stress. Communications and logistical systems are working and, gratifyingly, 76 pets have already been reunited with their families.

American Humane Association’s Red Star Rescue teams have been part of every major disaster relief effort for the past century from rescuing horses on the battlefields of World I Europe to Pearl Harbor, 9/11 and last year’s Hurricane Sandy. They have rescued and sheltered more than 70,000 animals in just the past five years.

“Tornadoes are among the most terrifying and destructive natural disasters” said American Humane Association President and CEO Dr. Robin Ganzert. “Fortunately in the wake of such devastation, we have seen an outpouring of support from America’s leading lights and animal lovers to help rebuild hope and lives. We are so grateful to have Victoria Principal speak out on behalf of the animals of Oklahoma and we thank her and her many followers for their love and concern for those in greatest need. Thank you!”