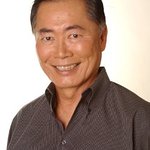 The evening was a special celebration of Emmy and Tony Award Winner Elaine Stritch. Ms. Stritch, who recently announced that she is leaving New York after 71 years as a star of Broadway, television and film, was inducted as an Honorary Chair of the Stella Adler Studio of Acting. Alec Baldwin announced the launch of the Elaine Stritch Scholarship Fund to support arts education for low-income students and presented it to its first recipient.

Funds raised from the evening will be used to support the studio’s programs such as the Stella Adler Outreach Division, a program that provides free actor training to low-income, inner-city youth. The Outreach Division has served and trained nearly 5,000 students since its inception in 2004.

“Stella by Starlight allows us to pay tribute to great theater makers like Elaine Stritch and Stephen Sondheim, but perhaps more importantly, it helps us to raise funds for programs like the Outreach Division,” Artistic Director of the Stella Adler Studio of Acting, Tom Oppenheim, stated today. “Through the generosity of the extended community, Stella by Starlight makes it possible for young people to receive an education that brings them in touch with their most authentic selves.”

The Stella Adler Studio of Acting is an acting school based in New York City founded by actress and teacher Stella Adler in 1949. Adler founded the Studio on her belief in the seriousness of her art. Adler and the school have trained many of the brilliant actors of our time, including Marlon Brando, Robert De Niro, and Elaine Stritch. The Stella Adler Studio of Acting is a nonprofit organization, which trains over 500 actors annually. Each year the Stella Adler Outreach Division provides free theater programs to hundreds of young people who live below the poverty line and has reached nearly 5,000 youth since 2004. The Studio also presents public lectures, poetry readings, concerts, theater performances, dance theater events and an annual arts festival.