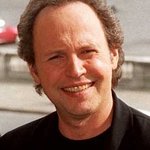 Billy Crystal has helped raise $1 million to assist in the rebuild of his Long Island hometown.

The money will be used to help rebuild Billy’s hometown, which was devastated by Superstorm Sandy.

Founded in 1994 by Jimmy Walker, the Celebrity Fight Night Foundation raises funds through its annual charity event. Recognized as one of the nation’s elite charity events, Celebrity Fight Night is a star-studded evening presented in honor of Muhammad Ali. Celebrities and professional athletes from all over the country participate in a night filled with incredible Live Auction items and live musical performances by many of today’s brightest stars.

The event provides significant dollars for charities that help many people in need. Throughout Celebrity Fight Night’s thirteen year history over $45 million has been raised with the Muhammad Ali Parkinson Center at Barrow Neurological Institute as the primary beneficiary. Numerous other charities have benefited and countless lives have been changed thanks to the tremendous generosity of their supporters.

To see a video of Billy announcing the donation, click here. 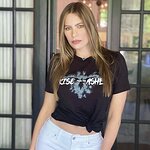 The Elders Warn That The World Remains Dangerously Off Track On Climate Mar 4, 2021

The Elders have voiced grave concern about the lack of ambition from many world leaders, as the UN reports back on carbon commitments ahead of the crucial COP26 climate summit in Glasgow this November. More →
More news →