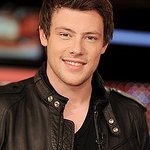 GLAAD has paid tribute to Glee star Cory Monteith, who passed away during the weekend.

“We mourn the loss of our friend Cory Monteith, whose support of LGBT youth and his work to end bullying served as an inspiration to countless young people,” stated GLAAD spokesperson Wilson Cruz. “Losing such a strong ally at a young age is heartbreaking, but we are thankful for the many lives he touched through his work and advocacy. Our hearts go out to his family both at home and on the set of Glee.”

The young star was part of a powerful storyline from the beginning of Glee. His character, Finn Hudson, showed animosity towards fellow New Directions group member Kurt Hummel, bullying him and using an anti-gay slur towards him during an argument but eventually, the quarterback apologized and stood up for Kurt against bullies. As the show progressed, Finn and Kurt became close friends and brothers when their parents married. Following graduation, Finn returned to co-direct the New Directions glee club with Mr. Schuester.

The actor continued his advocacy off screen by partnering with several organizations and show his support of the LGBT community. The young star recorded PSAs for Straight But Not Narrow and The Bully Project, attended events for The Trevor Project and hosted the 23rd annual GLAAD Media Awards in New York City alongside co-star Naya Rivera. The actor also received an award in 2012 from DoSomething.org for his advocacy work.

GLAAD is saddened by the loss of such a strong ally and grateful for the outstanding work he has done for LGBT youth during his short life.