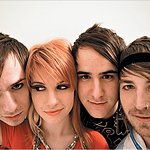 From Hollywood to Hamburg, music’s hottest talent and the world-famous Hard Rock brand are going PINK in support of the 14th Annual PINKTOBER campaign.

Hard Rock International has recruited Hayley Williams, lead vocalist of the American rock band Paramore, to serve as this year’s PINKTOBER “Artist Ambassador.” Hayley will kick off the campaign by making a memorabilia donation to Hard Rock’s world-famous collection. In addition, Hayley will make appearances and meet fans while touring the U.S. this fall on Paramore’s “The Self-Titled Tour” which begins on Tuesday, October 15, 2013, in Seattle. To bring PINKTOBER to a close, Hayley will visit Hard Rock Cafe Philadelphia to meet with Hard Rock-funded Breast Cancer Research Foundation (BCRF) researchers and present a donation to BCRF on Hard Rock’s behalf.

“Millions are affected by breast cancer and Hard Rock’s PINKTOBER campaign is a great way to help raise global awareness, educate fans and support a cause that affects millions of people,” said Hayley Williams, PINKTOBER “Artist Ambassador.” “I look forward to joining Hard Rock International for this empowering and high-energy program.”

“Every year, The Breast Cancer Research Foundation is inspired by our partnership with Hard Rock International,” said Myra Biblowit, President and CEO of The Breast Cancer Research Foundation. “Not only does Hard Rock continue to get more and more creative with its PINKTOBER program each year, but more importantly, it mobilizes the rock and roll community and its patrons from around the world to join the fight against breast cancer. Together, with partners like Hard Rock and its guests, we will have an enormous impact on the lives of millions of women worldwide.”

Hard Rock has plenty of pink to go around this October at its 174 locations worldwide! As part of the international PINKTOBER program, Hard Rock Cafe London will host a fundraising event to benefit The Caron Keating Foundation with a live performance by The Overtones. Guests at Hard Rock Cafe Hamburg can enjoy pink menu items served by female celebrities such as actress Eva Habermann and Susann Atwell, and enjoy a special performance by musician Maite Kelly. In addition, Hard Rock Cafe Prague will host a series of concert events as part of PINKTOBER, including performances by Tanya Gray and David Dale.

Back in the U.S., Hard Rock supports the cause with a special “Living Ribbon” event at Hard Rock Cafe Niagara Falls, where guests and survivors will gather across the Rainbow Bridge connecting the U.S. and Canada to symbolically join the fight against breast cancer. Music icon and “Celebrity Apprentice” contestant, Bret Michaels, will rock out to raise awareness for a PINKTOBER edition of Velvet Sessions at the Hard Rock Hotel in Orlando. And Hard Rock Cafe Houston goes country with a live performance by country singer Joe Nichols benefiting the cause. For the full 2013 Hard Rock PINKTOBER event lineup, visit www.hardrock.com.

“The PINKTOBER program is an incredible example of the unique way Hard Rock Cafes, Hotels and Casinos around the globe are able to spread the message of strength, hope, awareness and support for this very important cause,” said Annie Balliro, Sr. Director of Brand Philanthropy, Hard Rock International. “We are honored to work with philanthropic partners who focus on breast cancer research and awareness around the world. We look forward to the day when we can finally put an end to breast cancer.” 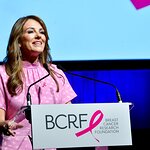