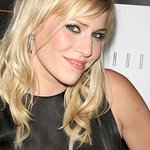 Friday night saw Hollywood’s elite come together for a Valentine’s Day spectacular – all to raise awareness and show united support for MendingKids.org.

The who’s who of the music and entertainment world joined forces at the world-famous House of Blues on the Sunset Strip in Los Angeles to kick-off the inaugural “Mending Kids International – All Star Concert for Children Worldwide” event.

Raising an estimated $5 million from contributions and donations for charity, the event benefited MendingKids.org, a non-profit organization that provides critical surgeries for free to children in need across the globe. Broadcast live on AXS TV and hosted by acclaimed illusionist Penn Jillette, the sold-out event featured a bill of powerhouse performances and appearances from a star-studded lineup of legendary musicians and entertainers. Due to the success of the evening, Mending Kids are happy to announce that the benefit will become an annual event and will continue to bring together celebrities and influencers to raise money for children worldwide.

VIP’s then headed to the exclusive after party in the House of Blue’s Foundation Room where Paris Hilton took to the DJ booth to kick-off the party. Spinning a dynamic mix of pop and dance music throughout the evening, Hilton also performed her new single “Good Time” featuring Lil Wayne. While taking a break from dancing, attendees munched on gourmet comfort food, including lobster macaroni and a full omelet bar.

The evening also featured a multi-million dollar collection of original art by celebrated abstract expressionism painter, Matt Lamb, which was donated to the event by his daughter Sheila Lamb. One piece, a 1994 tapestry measuring an astonishing 11 feet wide by seven and a half feet tall long entitled “The New Beginning” was featured alongside the red carpet and signed by celebrities who attended the event. Lamb, a passionate peace activist throughout the world during his life, created the piece to express his belief in a new world where all aspects and species of life are intertwined and come together peacefully. The donation of the painting to MendingKids.org enabled the Lamb family to honor his vision for a better world for children everywhere.