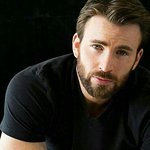 This invitation-only event was held at No Vacancy in Hollywood. Guests enjoyed the new Grey Goose Le Melon mule, while enjoying music by D.J. Ms. Nix. This event was part of Vanity Fair Campaign Hollywood.