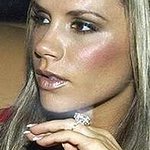 Leading women across the UK have joined UNICEF UK to make an unprecedented call on the Government to help end the rape and abuse of children in conflict.

International fashion designer Victoria Beckham, author JK Rowling, Mumsnet CEO Justine Roberts, human rights barrister Amal Alamuddin and UNICEF UK Ambassador Jemima Khan are among the group who have written to The Times, ahead of International Women’s Day, to demand practical action to protect children at the Global Summit to End Sexual Violence in Conflict in London in June.

The letter published today urges the UK Government to prioritise practical action that protects not only women, but also children – boys, as well as girls – who are some of the most at risk of rape and abuse.

“In war zones sexual violence is as devastating as bullets and bombs,” the letter says.

During conflict children are at greater risk from abuse, violence and exploitation as networks that ordinarily protect them – such as extended family and social services – often break down.

The impact of sexual violence can be catastrophic – causing devastating physical, emotional, psychological and social damage.

The letter places special emphasis on children suffering in the current conflict in Syria, where the third anniversary of the fighting is approaching and sexual violence is a growing threat.

“One of the starkest reminders is Syria, where an entire generation is at risk of being lost as a fourth year of conflict and unimaginable atrocities approaches,” the letter explains.

Between February and May last year nearly three quarters of the Syrian refugees newly arrived in Jordan, Lebanon and Iraq who spoke to child protection researchers said that sexual violence is on the rise inside their country.

Foreign Secretary William Hague has led international discussions on the issue and is now hosting the Summit in June after launching a Declaration of Commitment to End Sexual Violence in Conflict at the UN General Assembly in September 2013, which has now been signed by 140 countries.

“International leaders must seize this opportunity to defend women and to commit to protect children in war zones from rape and sexual abuse,” the letter continues. "UK ministers must do their utmost to ensure that the summit prioritises measures to help children to report sexual crimes and hold their abusers to account.

“The UK must also secure more funding for psychological and long-term support for child survivors.”

UNICEF UK is calling for measures to be put in place that mobilise communities to stop sexual violence including improving children’s understanding of how to protect themselves.

“Many girls and boys in war zones live in daily terror not only of gunfire and explosions, but of the threat of sexual violence,” says UNICEF UK Ambassador Jemima Khan. “Children whose young lives are scarred by conflict are at terrifying risk of abuse.”

“In camps I visited in Pakistan in 2009 I spoke to young girls who had fled the conflict in Afghanistan. Stripped of their traditional safety nets – extended family, school etc – they were extremely vulnerable,” explains Jemima, who became an Ambassador in 2001. “The horror of rape and sexual abuse in conflict must end. The June summit to end sexual violence in conflict is an unprecedented opportunity for leaders to take action not only to help women, but to stand up for children too.”

UNICEF works in conflict zones around the world – from the Central African Republic to South Sudan to Syria and the surrounding region – to protect children from sexual violence.

“In Lebanon I heard stories of Syrian refugees who had not only lost loved ones, their homes and their schools in the conflict, but who had also faced the horrific threat of sexual violence,” says UNICEF UK Deputy Executive Director, Anita Tiessen. “Children often lose those most able to protect them in the chaos of war, and, as families grow increasingly desperate, many are forced to send their children out to work where they are, in turn, at increased risk of abuse.”

“UNICEF works tirelessly to protect children in Syria, across the region and in conflict zones around the world – working with communities to stop violence and abuse happening in the first place and to provide children who have suffered sexual violence with vital support,” Anita continues. “In June, the Government has a chance to protect children around the world by making sure global leaders commit to practical measures to both prevent sexual violence and help child survivors hold their abusers to account. This is a golden opportunity to transform the lives of vulnerable children around the world. It cannot be missed.”

Urge the UK Government to protect children from the horror of rape and sexual abuse at the Global Summit to End Sexual Violence in Conflict this summer. Take action at www.unicef.org.uk/endsexualviolence