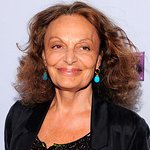 More than 250 leaders in business, philanthropy, politics, technology, media, fashion and entertainment will be participating in the 2nd Annual Forbes Women’s Summit: Power Redefined, The Entrepreneurship of Everything, which will be held in New York City from May 14-15, 2014.

Salon dinners will be held the evening of May 14 throughout New York City. On May 15, an invitation-only summit will bring together a multi-generational group of influencers to forge partnerships, find solutions, and take actions to make the world a better place.

“Forbes is redefining what power means. This year, the focus of the Women’s Summit is on the entrepreneurship of everything; whether it’s a leading multinational firm, launching a start-up or spearheading a social movement, the entrepreneurial spirit defines every aspect of our lives,” said Moira Forbes, Forbes Women’s Summit Host and President of ForbesWoman. “Most importantly, the gathering will harness the intellect and influence of these leaders to forge partnerships and take action. Entrepreneurs don’t just come up with ideas — they make things happen.”

Invitees include a diverse group of stakeholders, including CEOs, entrepreneurs, philanthropists, innovators, disruptors, educators, heads of foundations and NGOs, artists and politicians, who will all bring valuable contributions to this high-level conversation. The series of discussions will cover topics including entrepreneurship, innovation, leadership, technology, health, education, and global politics and policy.

The Forbes Women’s Summit is presented by Alzheimer's Association and Northwestern Mutual. Partners of the summit are AARP and Hyatt; Ernst & Young, Qualcomm, and Restorsea are supporting sponsors; Ashford School of Business is an educational partner.

The Elevate Prize Foundation announced Malala Yousafzai as this year’s recipient of The Elevate Prize Catalyst Award in recognition of her long-standing advocacy for girls’ education, including through her work with Malala Fund, the non-profit she co-founded with her father to champion every girl’s right to 12 years of free, safe, quality education. More →