Rest Of The World Shines At Soccer Aid 2014 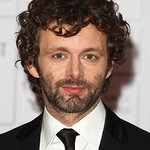 A crowd of nearly 70,000 turned out to Soccer Aid at Manchester United’s Old Trafford this week to witness Michael Sheen's Rest Of The World team defeat England in a pulsating encounter between the two sides, by four goals to two.

A second half hat trick from Rest of The World’s ’s former dutch international Clarence Seedorf, and a great chip from 25 yards from Nicky Byrne cancelled out a long range effort from Jamie Redknapp and a penalty from Kevin Phillips to win the much coveted Soccer Aid trophy.

By the time the final whistle blew ITV viewers had pledged over £2million to UNICEF's vital work saving children’s lives, which will be matched by the UK Government pound for pound, bringing the total to £4.2 million so far. The final figure will be announced in due course.

David Bull, Executive Director UNICEF UK: “Tonight at Soccer Aid we’ve shown how the power of sport can unite people to help save and change children’s lives all over the world. As a result of the generosity of the British public, and the Aid Match from the UK Government, UNICEF will be able to get life-saving food, medicine and clean water to some of the world’s most vulnerable children. We’re incredibly grateful to everyone who donated tonight.”

International Development Secretary Justine Greening added: “The incredible public response to Soccer Aid shows Britain at its best. We are backing the generosity of the British people by matching all donations to Soccer Aid pound for pound, helping UNICEF double its impact.”

“That means even more women giving birth safely and more children getting life-saving vaccinations and nutritious food in some of the world’s poorest countries.”