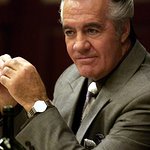 Consistent with its theme, “Working Globally – Giving Locally”, BGC’s offices around the world will raise money for charity as they commemorate September 11 by reaching out to help others.

In New York, London, Paris, Sydney and Hong Kong, celebrities from the worlds of music, stage, screen and sport will join the company’s brokers to help raise money for a number of selected charities. All of BGC’s global revenues generated from the day’s trading will be donated to charity.

Events will take place around the globe, with celebrities becoming stock brokers for a day. In New York, stars such as Tony Sirico, Donald Trump, Steve Buscemi, Regis Philbin, Matthew Modine, Leighton Meester, and Scott Gomez will become traders on Wall Street, while in London, Prince Charles will join Kevin Spacey and Jerry Hall in the City to trade on the markets.

Charities that will benefit from this year’s Charity Day will include: Barnardo's, Breast Cancer Care, Scope, the Jodie Kidd Foundation, the Prince's Trust, Baby Buggy, the Rainbow Trust, the National Society for the Prevention of Cruelty to Children, the Variety Club, the National Down Syndrome Society, the Valerie Fund, the Wounded Warrior Project, Nordoff Robbins, and many more.

The annual Charity Day has raised over $15 million for charities around the world. For more information about this year’s events, visit the BGC website.