Family Fun Days For Everyone This Weekend 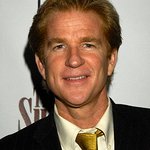 Two charity events are taking place on opposite sides of the Atlantic this weekend.

New Yorkers who want to get on their bikes can join Full Metal Jacket star Matthew Modine on his Bicycle For A Day campaign. The 49-year-old will be among cyclists pedaling off from lower Manhattan’s South Street Seaport on Saturday, September 20, to raise awareness of the need to reduce carbon emissions and to demonstrate the many simple things that each of us can do everyday to accomplish a cleaner world.

“The idea behind my project Bicycle for a Day is to help people understand that there is something they can do,” he said. “In fact, just one simple thing they can do every day to become part of the solution. If everybody does this one thing, the cumulative effect could be tremendous. The environmental situation is a great opportunity for us all to work together to find solutions. Bicycle for a Day is just that – citizens of the world joining together globally and acting locally.”

Celebrity supporters of the campaign include Heather Graham, John McEnroe, Lara Flynn Boyle, Liev Schreiber and Liam Neeson, and anybody interested in joining the fun can visit www.bicycleforaday.org for more information.

A day of fun of a different kind is set to take place in the UK on September 21. The Day for Heroes Family Fun Day will go off with a bang in the Detling Show Ground near Maidstone on Sunday, and will feature British boyband McFly.

Celebrities, artists and the military are joining forces to give families a day out to remember, whilst raising essential funds for Help for Heroes. Compered by Cheryl Baker and Shaun Williamson, the day will be packed with entertainment and thrills. A parachute display team of the Princess of Wales’s Royal Regiment will open the show with a spectacular entrance. There will also be 20 free funfair rides – including the ultimate experience reverse bungee power shot – and entertainment including military-based attractions such as aircraft simulators, parachute display teams and a challenging inflatable army assault course.

Help for Heroes was launched in October 2007 in response to the desire of ordinary people to do something practical to help our wounded servicemen and women. Celebrity supporters of the charity include TV show hosts Jeremy Clarkson and James May (Top Gear), Prince Harry and Prince William, Simon Cowell, and Sharon Osbourne. David Beckham is also a supporter, saying: “I am incredibly proud and grateful for the commitment and work that our armed forces do for our country. I support the campaign fully.”