Cartoon Network Recruits One Million People To Speak Up Against Bullying 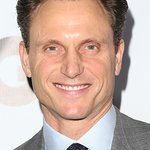 Cartoon Network, through its award-winning Stop Bullying: Speak Up campaign, issued a national call-to-action to recruit one million people to speak up against bullying as a kick-off to National Bullying Prevention Month.

As of this week, the network is proud to report that more than 1.1 Million kids, parents, educators and others to date accepted the challenge and “spoke up” against bullying.

Select videos uploaded to www.StopBullyingSpeakUp.com became part of new campaign spots appearing on Cartoon Network, its digital platforms and Boomerang throughout October. Participants were also encouraged to share their videos on their own social media platforms using #ISpeakUp to help spread the word.

To see a sampling of the videos received from kids who wanted their voices to be heard in the fight against bullying, click here.

“For kids who’ve been bullied or know someone who has been bullied, knowing that more than a million people went out of their way to speak up for them is going to leave them with a great feeling,” said Alice Cahn, Cartoon Network vice president of social responsibility.

Cartoon Network’s Stop Bullying: Speak Up is an award-winning, multi-platform pro-social campaign, created with experts in the field to raise awareness, build partnerships and empower young people to speak up against bullying safely and effectively. Campaign resources include video, print and online content — including an award-winning documentary introduced by President Barack Obama — available at StopBullyingSpeakUp.com, available at no charge to schools, community groups and parents to motivate bullying prevention activities or discussions.