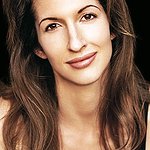 Alysia loves working as a change maker for women, and has been invited to THE WHITE HOUSE, THE UNITED NATIONS, S.H.E. SUMMIT, GOOGLE, CATALYST, WOMEN’s MEDIA SUMMIT, FOUNDERS/COLLISION and CANNES LION to speak about breaking barriers for women in all fields. She was just awarded the PERSISTENCE OF VISION AWARD by the Women’s Media Summit, and this past year she has been honored with the VOICE OF A WOMAN AWARD, the MOVES POWER WOMAN AWARD, the PIONEER IN FILMMAKING AWARD, and the FOUNDERS AWARD FOR SUPPORT. She was recognized as an INTELLIGENT OPTIMIST in Ode Magazine and profiled by New York Women in Film and Television as a woman to watch.

Passionately committed to protecting the environment, Reiner is a champion of all things eco-friendly. In addition to her zero waste fashion line LIVARI, her completely green Harlem brownstone renovation has been featured on “World’s Greenest Homes,” “Home & Family,” and “Renovation Nation,” as well as in various magazines including Dwell, Gotham, and The Nest. She is also a celebrity spokesperson for Best for Babes and Healthy Child Healthy World. She is a celebrity contributor to the Huffington Post and Maria Shriver’s Website, and has been featured on CNN, People.com, Celebrity Baby Scoop, Stroller Traffic, Healthy Child Healthy World, Family Focus Blog, Today I ate a Rainbow, Your Green Baby, and others.

Additionally, Reiner is involved with many other non profits. She is on the board of the STILL SHE RISE which serves incarcerated women in Tulsa, GEENA DAVIS INSTITUTE FOR GENDER EQUALITY, and the Women’s Prison Association, who gave her the SARAH POWELL AWARD FOR LEADERSHIP; The Cancer Support Community, Actors for Autism, The Young Women’s Leadership Network, SAY: The Stuttering Association for the Young, and Bent on Learning. “Speed Grieving,” the award winning short film that Alysia created, produced and stars in, had it’s world premiere at The Hamptons International Film Festival, and is now used as a grief counseling tool in every Cancer Support Community center in the country.

Alysia Reiner has supported the following charities listed on this site:

Google trends for "Alysia Reiner"
Available to Insiders only
Get Insider Access to these insights & more...

You can contact Alysia Reiner using details from this service. (Or read our advice on how to contact celebrities) 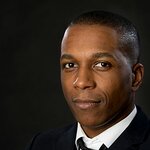 We don't have any videos related to Alysia Reiner.